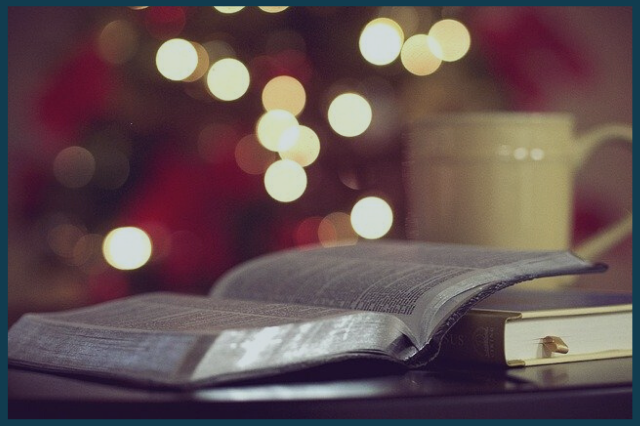 Have you ever thought you knew someone, and then something happened that made it crystal clear that you didn’t really know them? Were you shocked, surprised, confused, or embarrassed? Did that new revelation or event completely change your perspective of that person? I wouldn’t be surprised if you’ve had that experience. The verse above indicates that the apostle Paul, first known as Saul, had such an experience with Jesus Christ.

Saul thought he knew Jesus. He thought of Him as an imposter, a troublemaker, and someone who deserved to be persecuted and killed. Although no scripture tells us that Paul was there when Jesus was crucified, it’s not hard to piece together the information we have about Saul and put him at the head of the crowd that was crying for Jesus’ death. It’s hard to imagine this “Pharisee of Pharisees” ever missing a Passover, much less not being a part of the entourage of religious watchdogs observing Jesus’ every move and scrutinizing His every word in hopes of getting the necessary evidence to put Him away for good. Saul certainly was at the front of the persecution of Jesus’ followers after His death, so it’s reasonable that his hatred for Christ extended on toward anyone who identified with Him. Saul thought he knew Jesus—until the resurrected, living Christ revealed Himself to him. And then his transformation began.

How did the man who came to be known as the apostle Paul know Jesus before that momentous, life-changing event on the road to Damascus? In speaking of how he knew Jesus before the day of The Revelation, Paul wrote to the Corinthians, “Even though we have known Christ according to the flesh, yet now we know Him in this way no longer” (2 Cor. 5:16). Saul’s perspective of Jesus was as an antagonistic, despicable individual whom he hated with good reason. How did he know Jesus? He knew Him as an individual in a human body. Then his encounter with JESUS happened!

It’s not difficult to grasp what Saul concluded from his encounter with Jesus. He had at least three days of blindness to contemplate what Jesus had said. He realized for the first time that what he was doing to believers, he was doing to Jesus Himself, both personally and physically. Jesus revealed that His followers and He were one body, of one material substance. According to Jesus, to persecute one believer was to personally persecute Jesus Himself. So that led Saul to another shocking and embarrassing conclusion: He was guilty of hating and persecuting Jesus, the Lord, when he hated and mistreated any of His followers. Saul had to be pondering, What kind of a person was Jesus?! He concluded that Jesus was an entirely new creation, a kind never before seen or known! He was one person, but so integrally united with every single believer that to know, love (or hate) any one of them was to know and love (or hate) Jesus.

What impact do you think this revelation had on Saul? How did his perspective of Jesus change? I think he thought this: “I’m in big trouble!” He characterized himself as a “blasphemer, a persecutor, a violent aggressor, and the foremost of sinners” (1 Tim. 1:14-15). Certainly, he realized that he didn’t know Jesus at all. His perspective totally changed. From that time on, he saw Jesus in every believer, and he purposed to treat each one as if he were relating to Jesus personally. This was a perspective of Jesus and all believers that completely transformed every relationship Saul had with those who professed to believe in Jesus. That’s why he told the Corinthians that he no longer knew and loved Jesus as an individual in a single body, but as a new creation—the Lord Jesus living in many members who are all His body. The old way of looking at Jesus and people has passed away, and a new way has come. This new way is from God, who reconciled all of those members to Himself through Christ, no longer counting their trespasses against them. Also, He has called all of His followers to a ministry of reconciliation by knowing, forgiving, and loving each other as if they were relating to Jesus Himself.

Is that how you know and love Jesus? Are you shocked, surprised, confused, and ashamed of how you have known Jesus? If you look at your brother or sister and say, “What a sinner he or she is! I don’t want to have anything to do with him or her,” or if you don’t live to love with Jesus everyone who is His, then there is no way you know and love the real Jesus. He isn’t just an historical figure who was. He is a living person now who dwells in every broken, still-sinful and sometimes-fleshly, untrustworthy, disappointing believer in Jesus Christ, whom Jesus has forgiven, reconciled, justified, and incorporated into His own body.

That’s why being intentional about living to love with Jesus should be your purpose for living each day. Every day, Jesus is walking into your path. The question I pose to you today is this: Do you know and love Him in this new way that the apostle Paul taught that we are to know and love Him?

If these thoughts are new to you and you now have a new perspective of Jesus and your fellow believers, then a revelation has taken place in your life! Rejoice! Worship and thank Jesus for it. I hope you’ll rethink what and who you live for each day. May the Spirit of God transform you as He did Saul when He asked, “Saul, Saul, why are you persecuting Me?” And he said, “Who are you, Lord?” And He said, “I am Jesus whom you are persecuting.”